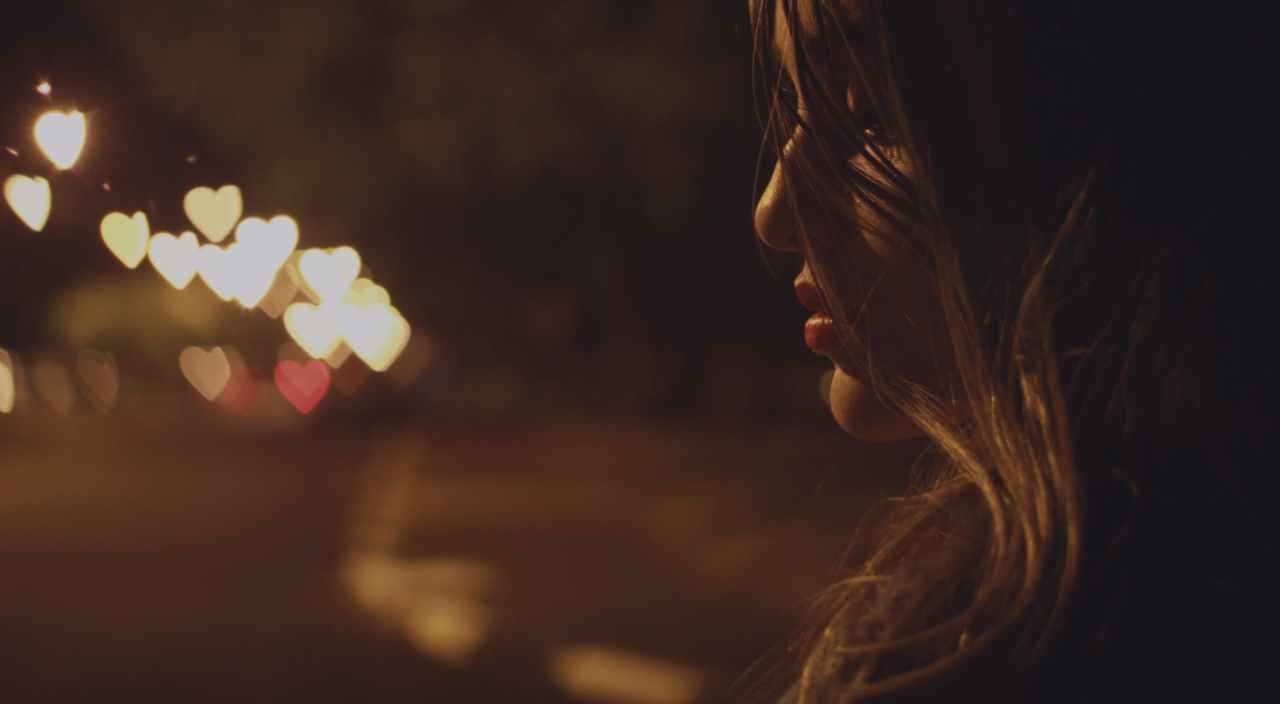 I always believed that separation and silence are an essential part of the Twin flame journey. There is something undeniably sweet about going through all the pain, questioning and confusion, then through the silence meeting them entirely at soul level and understanding that the love we yearn to give them is actually the love we ourselves yearn to receive. There is no peace quite like it.

The unbreakable bond never goes away, even in the silence. Yet the journey to find inner peace is long and hard. Not being able to ask why, to gain closure, to express love, regret and understanding is so excruciating. The grief is immense.

In all our 18 years in this connection, he has never blocked me or told me to be anything other than myself. I have always felt immense love, respect and admiration from him. This is what makes it SO HARD to understand how he can flip from open, receptive and loving, to closed off and cold. Sometimes it is the very act of being myself that triggers his silence. Sometimes my mere words flood him with overwhelming nostalgia, feelings and emotions, causing him to withdraw into silence. As he himself explained, this has been due to not being able to find adequate words to respond to me, not trusting it, fearing my expectations or the consequences of opening up, for having loyalties elsewhere and for simply not feeling ready (or interested enough) for the deep conversations that might take place.

Last time he fell into silence was in late 2015, after a wonderful 18 months spent reconnecting. Most of the blog posts here from the 2014-2015 period pertain to that time. Since then, apart from the occasional happy birthday or happy Eid, I’ve let him be. To be honest, for a period of a couple of years during the darkest times of my divorce, my guidance was not to share any of it with him. Nonetheless, these past few weeks, he has been increasingly at the forefront of my thoughts. For the first time in a very long time, he appeared in my dreams, telling me “it’s time.” The timing of my return has a lot to do with this.

And just like that, in a possible freak flow from the ethos, after five years of silence, we’re back in contact… and it feels like he’s never been away. We spoke on the phone for the first time in 11 years. Isn’t it strange how the laws of physics somehow don’t apply to these kinds of connections? My cell phone battery stayed at 7% for the entire first hour of our call, without draining the battery at all. What sorcery is that? 🙂 It NEVER happens!

He immediately apologised for his absence and admitted that none of his reasons justified his total silence.  He told me that if it was of any consolation, he had wanted to reach out to me “millions of times”, and that I’d been in his “mind, heart, thoughts and prayers” all the time. As much as I am happy he said it, I wish I’d never had to hear it … because hearing it again stings.

This is actually a surprisingly difficult post to write.. You see, I understood a long time ago that he was not mine to keep; and that this was a different kind of love and affection which was always to be returned to God – elevated, through Service. So many times I have surrendered and let go of the “earthly” him, choosing to concentrate on loving that which is eternal in him and calls me “home”; all the while looking forward to a time and a space – perhaps in another life or dimension – where we could be close to each other again.

I have done SO MUCH work to get to this point. Yet I am still human. One side of me craves only spiritual and emotional growth from our interactions. But growth necessitates purging, triggering and questioning – something that is not compatible with what the other side of me wants: my best friend, my everything. I don’t want to trigger him or overwhelm him! Why can’t the two parts meet in the middle?

So far, in our conversations, we’re really only skimming the surface and I do believe it’s deliberate. Maybe he doesn’t want to crash and burn like we did at our most recent attempt, either? Maybe he has all the information he needs? Last time we dove in deep from the start; this time it’s light but there’s an elephant in the room that we don’t know how to approach.

On top of it all, it is really difficult not to want to talk to him all the time. He is simply never far from my thoughts. I don’t know where the boundaries are, unless he sets them – something he has always refused to do. Yet in trying to set my own boundaries, I feel I come across as unauthentic, unfeeling and superficial. I wonder if he feels the same way? Superficial and light is just not the way we are wired.

The Universe is telling me to surrender, surrender, surrender. I must trust that there is a higher purpose. Simultaneously, I cannot help but think that the open communication is a trap the Universe wants me to fall into. I feel like every time we’re brought together, there’s always a test. When he reassured me just now that he is always there for me, that I can contact him anytime and that it is always a pleasure, I also know there are fears and forces that affect him that can cause him to act the complete opposite. In so many ways, those are “just words” that may or may not be true.

During the time of our most recent re-connection in 2015, he himself said he would be testing me – what for, I have no idea. Nevertheless, I figured from his long subsequent absence that I must have failed…  and I don’t even know why. Then, how do I stop myself from failing him again? What I don’t want to admit, to him or myself, is that my heart is still there on the firing line.

I had no idea that all this yet-to-be-healed crap would pour out the minute I got my wish. I clearly have some work and releasing to do. That long overdue heart-to-heart he’s been promising me since 2005 may well be what gets sacrificed on the altar of our “friendship”. Giving up on ever obtaining answers to my million questions may be the price I pay to keep him in my life – at least for now. But I wonder, is there such a thing as a clean slate for Twin flames?

Now, before I start bargaining with the universe, I want to say how grateful and blessed I feel for this moment. Regardless of labels or outcomes, our Love and Friendship are beautiful. Thank you to the invisible forces for allowing this to happen. Long may it last! Many things my beloved told me on the phone actually confirmed to me that the Universe does speak to him about me. For example, when I told him that I’d been thinking about relocating to back to my home country, he indicated that he didn’t want me to go, saying, “I know we haven’t seen each other for so long and I have no right to say this, but I have always felt a comfort in knowing you are here“. I didn’t say anything… But I have ALWAYS felt that too. Years ago, I left Paris very soon after he did and ended up, unbeknown to me, following him here to England. This is where I have been all these years. Him still having a base here has been a factor in me remaining here. Like he said, there is a comfort in it. It was amazing to hear him say it.

Two days after we spoke on the phone, I was sat in my garden, feeling the sun on my face and fresh grass between my toes, deep in thought about all of this. I asked the Universe to guide me. That same second my phone pinged. I checked my phone and the title of the email that had come in was “TWINNING IS WINNING”. It was a marketing email from a British clothes retailer, full of pictures of actual twins, which read, “Twinning is winning. Loved by You – this week you’ve embraced that matchy, matchy magic!”

I couldn’t make this up, even if I tried. This is some kinda magic alright! 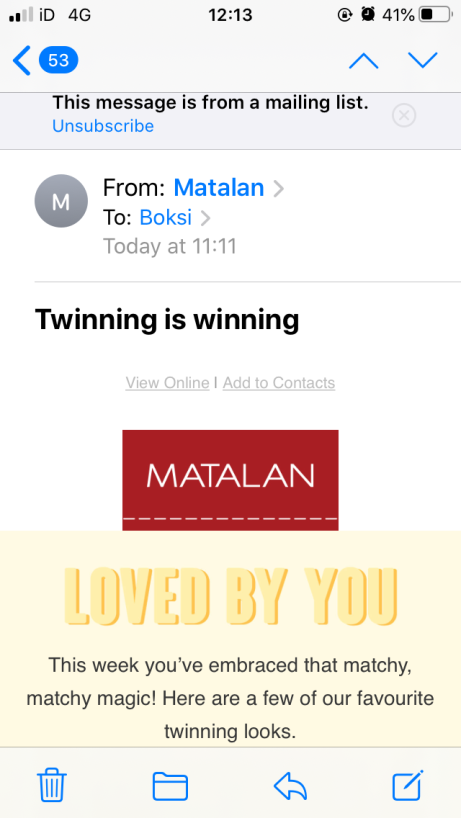 5 thoughts on “Piercing through the Silence”

Love my Blog and want to support my work? Would you like to see more original work being published on here?