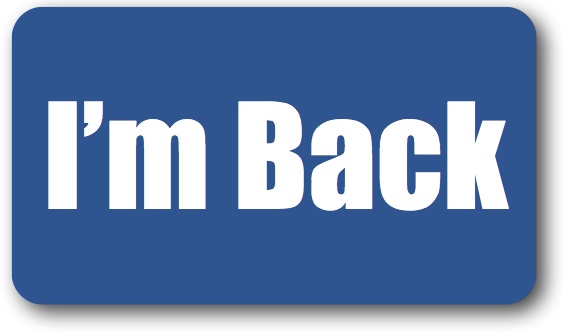 I am sorry for my long absence – I never intended to stay away so long!

THANK YOU sincerely for all your messages and emails asking me whether I will publish something again soon. To cut a very long story short, I was guided to take a few months out to process the growth and lessons of the past two years since my re connection with my beloved and my separation from my husband. As some of you may know, in the last 18 months I got close to my beloved again through long, deep late night chats – our first ones for a decade. Even though he seemed cautious, probably for fear of protecting his marriage and perhaps his heart, he was marvelling at the connection and feeling the pull too, telling me he was sure it was God’s guidance drawing us to each other.

Our chats were, as always, deeply spiritual, eye-opening, reassuring and flirtatious. Just his presence in my life helped me take the steps necessary to initiate the separation from my husband and to withstand the turmoil that followed. He also turned to me for support, for a listening ear – and I could not have been more grateful. I truly do know – or at least understand – him, his soul and spirit, like I know myself. As for the man who he portrays in this life; this persona that he has created… Sometimes that man drives me mad and I wish I didn’t see through him so easily. I find it so hard to get him to pinpoint exactly what he thinks, feels and experiences (funnily, he blamed me for this exact same thing) and when I do, he seems to contradict himself in the next moment. At his worst he is illogical, inconsiderate, aloof … I may be exaggerating a little there but you get what I mean right? I have millions of questions I would love to ask him, face to face, without the weight of expectations, or consequences – and to be honest, until this spring I thought we were getting there.

Unfortunately he has been silent again for the past five months or so; pretty much from the time I stopped writing. It’s no accident that those two things coincided. Only a few weeks earlier our worldly selves had been planning a weekend together at his house, with the purpose of having a long, uninterrupted heart to heart and hopefully some fun. He seemed to be genuinely looking forward to it – until he cancelled on me. It didn’t take long for him to start acting aloof and from thereon it all just unraveled. One night, I woke up with a jolt to a heated conversation in the spiritual realms, with him stating that we aren’t ready. It felt like being kicked off the bed without an explanation. Although I only caught the end of the conversation, it left me with an uneasy feeling. At first I didn’t think anything of it but he stopped contacting me pretty much from that day. My inspiration went too as I felt pushed away from him, the connection and my writing, to deal with “more practical matters” as well as more growth, insights, and unfortunately, hurt.

I know that this is very much how the healing process between us works– if the silences stretch to months it’s not because we intentionally want to ignore each other but because the times of connection and healing follow on from each other – and often the healing requires distance in order to make sense of things without the overwhelming presence of the other. Equally, when the invisible elastic cord between us snaps back, we find ourselves reconnecting again. So, here I am again, feeling the pull once more.

I wanted to share with you briefly what happened after our all-night chat (which I blogged about here) because this is pretty much where I left off. I have a lot to tell but I’ve gotta start somewhere. During the chat in question he had asked me about my spiritual visions/ experiences, telling me that if in deed they were true then I must be an angelic, a Goddess, in which case he would divorce his wife and be like me. He had reassured me that he was not being sarcastic but that he truly wanted me to think about it and enlighten him. I guess I knew better than to overwhelm him with the details of the deep spiritual and personal experiences I have shared with his higher self, however I simply could not help myself. As the inspiration in me grew, one thing led to another and I ended up proposing marriage to him.

No, seriously. I did.

Now this may seem like a big jump from asking him to accept me back into his life as a friend just six months prior but with the love that surrounded me in that moment it felt right. I hadn’t forgotten that my simple offer of friendship had ignited in him “overwhelming emotions and feelings” which kept him quiet for five months; a silence he had JUST broken…. But the Universe did not simply whisper at me to do it, it shouted – and answering his question just somehow lead me there. Of course I wasn’t talking about just marriage in the traditional, societal way – I was talking about marriage as an act of worship, as a means to get closer to God, as a means to fulfill the divine mandate – as the final step before the return home.

In my letter to him I quoted the Quran heavily since I resonate with its description of true love and a marriage partner the most; and I knew, being Muslim, he would be able to relate to it too. Therefore, in my next blog post which will follow shortly hereafter; rather than share the letter that I wrote him, I wanted to share some of my insights into the Quranic and Biblical quotes surrounding the ideas of marriage, true love and the twin flame journey. It’s a subject that interests me a lot and I would love your comments. 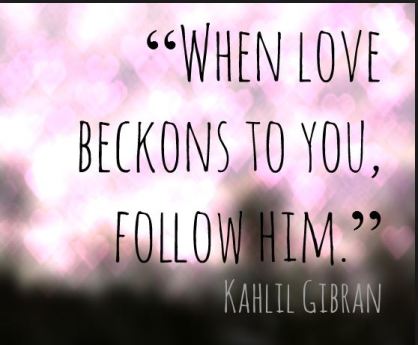 16 thoughts on “The Journey is REAL!”

Love my Blog and want to support my work? Would you like to see more original work being published on here?